The Norwegian language is really quirky and harder to learn than I thought. I heard that as a Dutchie, it would be easier for me to learn the language. The thing is that because a lot of words seem the same, I can easily make mistakes. Just two small examples:

What’s more: in Norway they don’t really speak Bokmål, the language you are taught in regular Norwegian classes. In every region in Norway they speak a different dialect, which they are really proud of. The dialect they speak is somehow bonded to their sense of self. I might write a bit more about this subject in a later post. The only thing I want to say here is that as a foreigner it feels a bit strange, that the language you are taught is not really spoken anywhere. Plus it’s damned confusing that people all speak in a different way, especially in Trondheim where people come from all different kinds of regions. 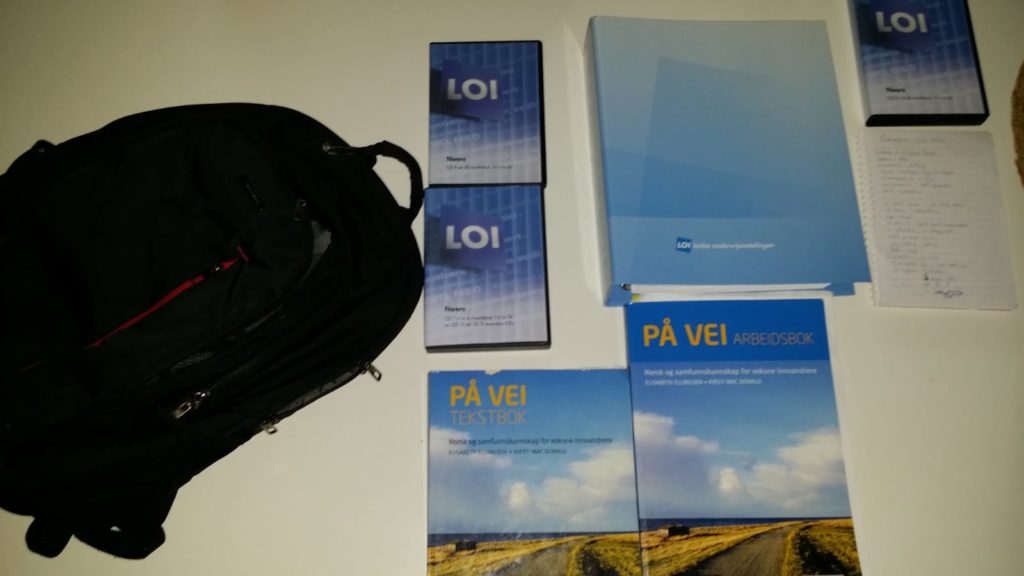 But because everyone here speaks English, it’s really easy for a foreigner to just skip the Norwegian and switch to English when talking with someone, although this has some limiting aspects. Since it’s not necessary to learn how to speak Norwegian, my development has been a bit slow. So maybe the fact that almost everyone knows how to speak English is not that helpful after all. It’s also hard to find a job when you only speak English and don’t speak Norwegian. But that’s not the only reason why it’s hard to find a job. This has also to do with the culture and how Norwegian people are.

People are a bit distant

Like I said in my previous post: I think Norwegians are one of the nicest people I will ever meet, but I have found out that they only really warm up to you when you know them for many months or more. Otherwise they could come across as being really cold. Here are a few notions I heard from friends about dealing with Norwegian people in Trondheim:

I’m not sure about all of these notions, since I have not been in close contact with that many Norwegian people myself, but I know Norwegians can come across as a bit distant and can they can seem rude sometimes. I haven’t quite found the manual of how to deal with Norwegian people yet, but I will write more about this in later posts. 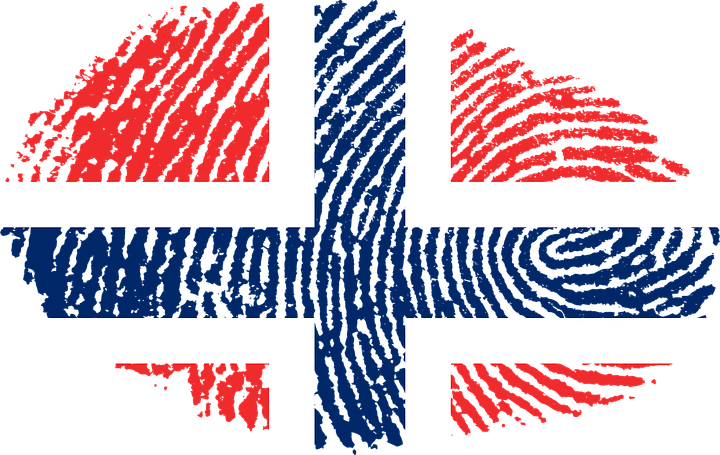 Finding a job in Trondheim as an expat can be pretty hard as you can read in blogs such as this one. To get a job in Trondheim as an expat, it seems you can’t just apply for a job if you’re not exactly what they are looking for. You need to know people and you have to make a bit of a name for yourself in the city. This can be a bit depressing when you just move here and don’t know anyone, especially since Norwegian people aren’t the easiest to socialize and communicate with.

This aspect of Trondheim has left me feeling a bit unwelcome here. On the other hand, you can volunteer a lot here with organizations such as Amnesty International, TEDx, the local film festival Kosmorama and many more. Volunteering is a great way to put yourself on the map, it can be really fun and you meet a lot of new people during your undertakings. I’m just beginning my work for TEDx and I’ve already met a lot of new nice people there. On this website you can find all kinds of volunteering in Trondheim. In a later post I will give my own tips and tricks about finding a job in Trondheim. 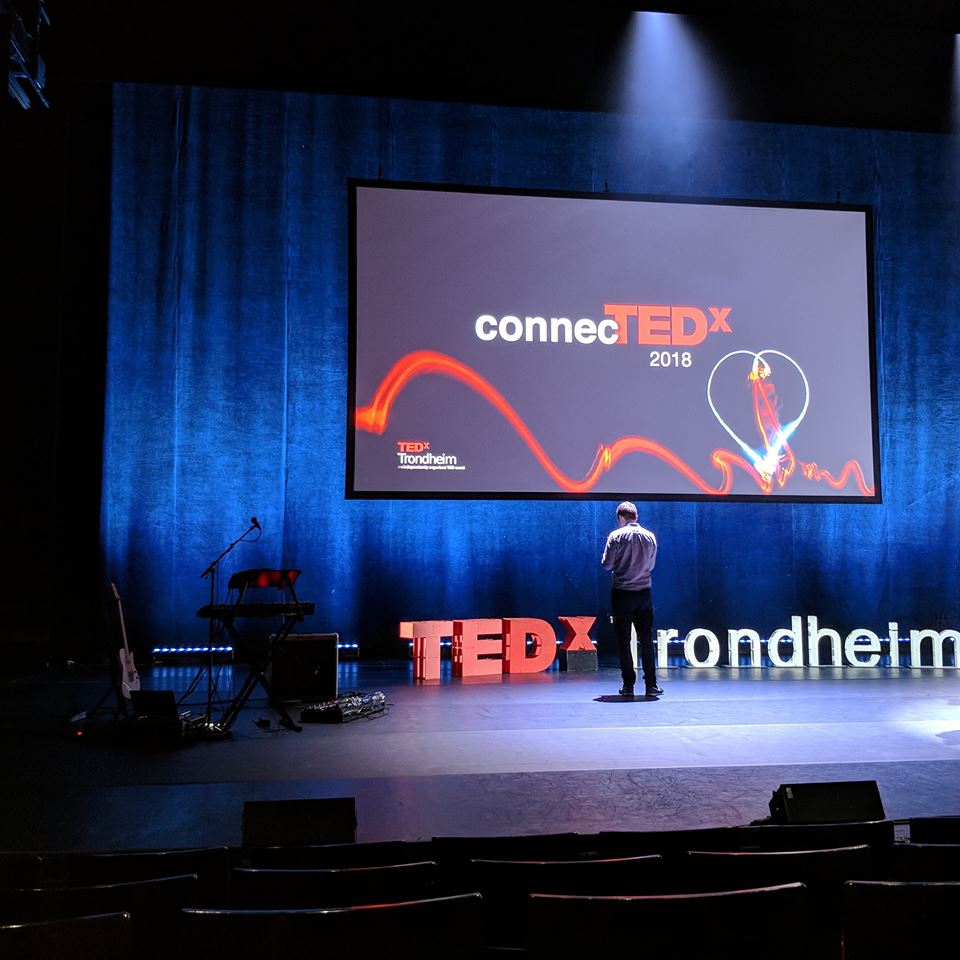 Another thing that has made me feel a bit unwelcome in Trondheim is that some things seem to take ages to happen. For instance, the time it takes for people to respond to e-mails seems much longer than I’m used to, especially with job applications.

I have heard that I’m not the only one that has noticed this. From friends here I have heard that the reason for this is the limited amount of time people are allowed to work here. Everything that is not urgent is therefore pushed aside. That’s why people in Trondheim leave answering non-urgent e-mails to the latest time possible. I’m not sure if this story is true, but it fits with my own experiences up until now.

From my girlfriend I have also heard that Trondheim can really feel like unwelcoming for expats that aren’t born in the EU. For example: getting registered in Trondheim and getting a bank account here take months!

If you flew out from a country a bit more south and arrive for the first time in Trondheim around November at about 16.00, then you might think you took a wrong plane. It seems you have accidentally flew to a city in a different time zone where it’s now in the middle of the night! Relax, you are in the right place, it just gets dark really early (around 15.00) in Trondheim in winter.

This is one of the ‘darker’ aspects of the city and can easily make you feel a bit depressed in the wintertime. The days are really short and you can’t really enjoy the outdoors when it’s later than 15.00. Last week for instance, I went to look at some street art with my girlfriend, not realizing that it was already a bit ‘late’. It was 14.00. I quickly took a lot of pictures because it was getting dark and gloomy really fast. So a word to the wise: if you want to do go to a ‘daytime’ event in the winter, better do it in the morning. 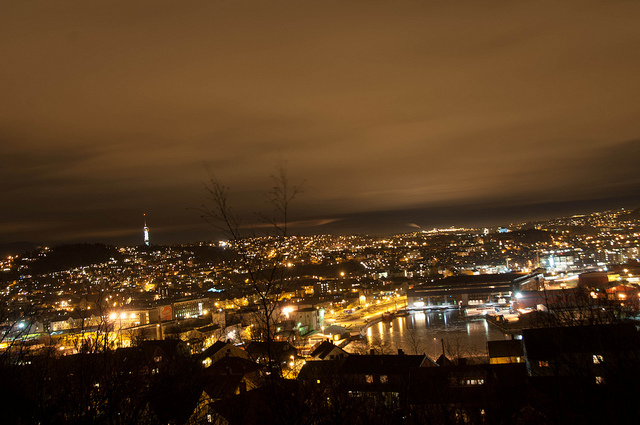 Cold outside, warm inside

When writing this it is -7 outside and a few days ago it snowed. Winter has definitely come to Trondheim. Luckily I prepared a bit and had bought some new winter clothes in Holland before I left there. I bought them in the winter sports department in a sports shop so I hope they will be sufficient, although some people advised me to buy all my things in Norway because ‘Dutch winter clothes aren’t made for the Norwegian winter’. These people didn’t add that for the price of a few Norwegian winter clothes I could go on ski vacation for a month or two. That’s why I chose to take the ‘risk’. But the cold is definitely something to get used to and feels a bit unwelcoming to me.

Then again, when I’m writing this, I’m dressed in a T-shirt and shorts. Because it’s pretty hot inside. That’s a Norwegian thing I think because everywhere I go inside in the city, I’m sweating and my apartment is so well insulated that I don’t even need to turn up the heat that much. Cold outside, boiling inside, that’s how people do it here it seems, but I think in this way, people who are not used to this can catch a cold easily. That’s why every time I come home I quickly change out of my clothes. That’s a bit annoying but I have found an answer to this: dress in layers. I would also advise to buy some spikes to put on the soles of your shoes, because it can get really slippery outside. 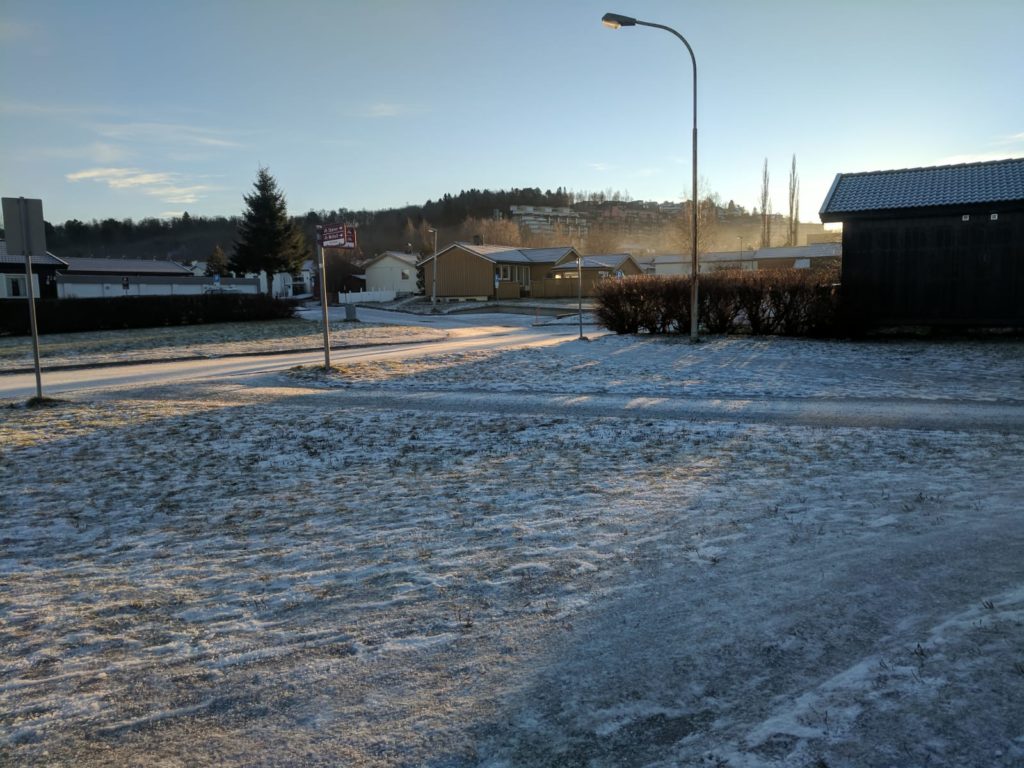 Cold outside, warm inside, this is also a great way to describe the Norwegian people and Trondheim as a whole. Some things make me feel a bit unwelcome and cold, but I think if I just push through the cold harshness, I will find a warm treasure that will give me a lot of joy in the coming years.

One Reply to “The cold of Trondheim: why I don’t feel at home yet”